Volkswagen’s history in motorsports dates back to 1966 with the Formula Vee. It was the first centrally organised racing series for young drivers. Originally started in the US, Ferry Porsche and Porsche racing chief Huschke von Hanstein took the sport to Germany. Most of the original car’s components such as the front axle, steering, engine and gearbox came from the Volkswagen Beetle. 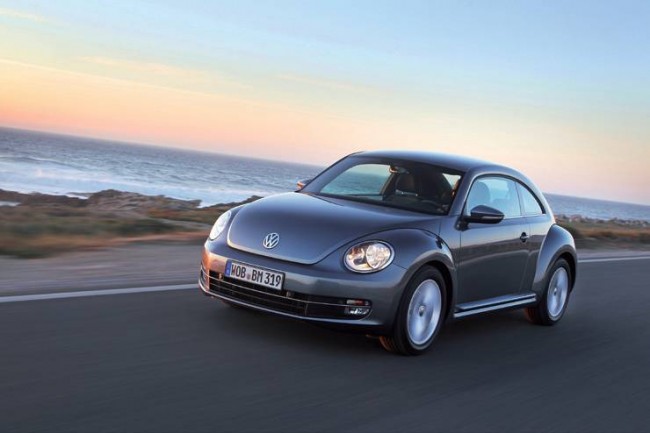 In 1976, Volkswagen launched its first one-make cup event, the VW Junior Cup. Every racing driver that took part in the event had to drive identical 105bhp VW Sciroccos. What this meant was that driver skill was the only difference from car to car, which provided some thrilling, hair-raising battles up and down the grid.

Towards the end of the seventies, Volkswagen began getting involved in single seater, open-wheel racing. In 1979, Volkswagen became an engine supplier in the Formula 3 racing series. Back then Formula 3 was the stepping stone for many aspiring racing car drivers to get into the big leagues such as Formula One.

Despite being involved on the track, VW was also interested in competing off it. In 1980 the German marque entered the Dakar rally with a Volkswagen Type 183 “Illtis”. Initially, the “Race Illtis” was not considered a threat by VW’s rivals, however that soon changed as VW managed to win the gruelling rally with Freddy Kottulinsky at the wheel.

In the mid eighties, the future of rallying was in the near-series Group A cars.  In 1986 VW entered the 193bhp Golf in the competition. Weighing a minuscule 1,000kg, the Golf was a featherweight compared to its high-tech all-wheel-drive competitors. During the Acropolis Rally, the rear of the side suspension of Kenneth Eriksson’s car broke. Since there was no time to get the part changed, the Swede continued driving on the three wheels over Greek gravel tracks of up to 160km/h until he finished the stage.

The nineties saw VW’s involvement in a range of motorsports series such the German Rally Championship where it won with the Golf G60, 24-hour race of the Nürburgring when it came in second with a diesel Golf TDI and then being an engine supplier for Formula Konig.

In 2003, VW returned to the Dakar rally after a 24-year hiatus, this time with a two-wheel-drive Volkswagen Tarek. It was 500kg lighter than its rivals and was driven by Jutta Kleinschmidt, who is the only female driver to win a Dakar rally to date. Despite the weight advantage the Tarek was unable secure the overall victory.

VW would continue to chalk up many other race wins in a variety of series in the proceeding years such as victories in the German Formula 3 Cup, Macau in Formula 3 and also the first diesel powered contender to win the Dakar rally in 2009.

At the current rate of development with VW’s motorsports division, it won’t take long before the company begins to dominate more and more racing series in the coming years. If history is anything to go by, VW is no stranger to winning races despite arriving late to the party.